If you were thinking about making the addition of a small dog to your family, but aren’t sure how to go about it, take a look below. We’ve listed 15 of the world’s smallest breeds of dogs, a little about their personalities, and how much they weigh/measure when fully grown.

The Breed Stats: Chihuahuas typically weigh around 4-6 pounds and stand at 6-10 inches tall.

Chihuahuas are native to Mexico; they have pointy, bat-like ears and big dewy eyes that will melt your heart. They are known to be the world’s smallest dog breed, but don’t let their small stature fool you. Chihuahua’s have a spunky personality, and their bark is surprisingly fierce. They are also extremely loyal and protective towards their owners. 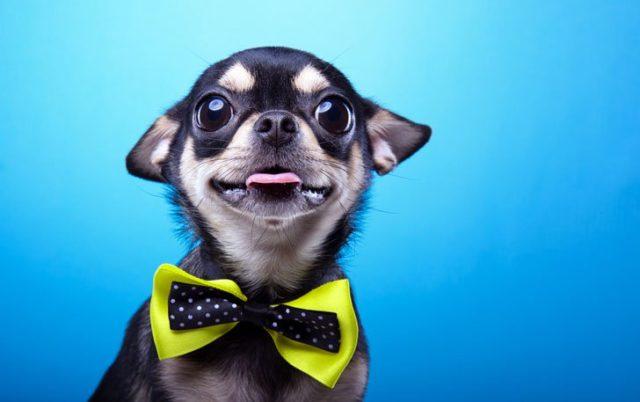 Affenpinschers are another dog breed that packs a whole lotta attitude into a tiny body. They are very attentive and intuitive, making them great watchdogs. They are stubborn and protective, which makes them very cautious and suspicious of new people, even if they’ve been welcomed into the home by the owner. But, they also have a curious and playful side to them, are very active even while inside, and love long walks. 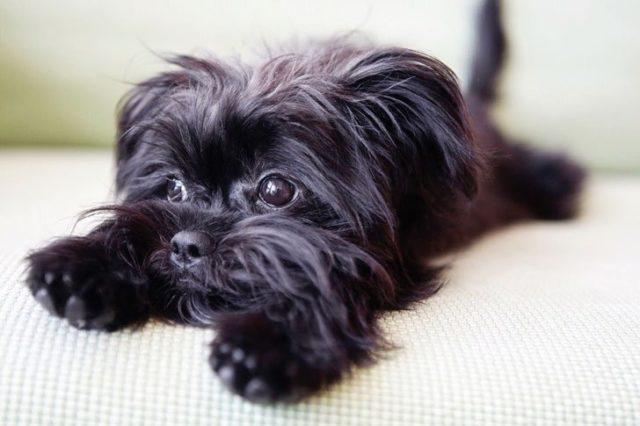 Bichon Frise, translating directly from French to “curly lap dog”, is no doubt cute and cuddly. They are calm, patient, and very sociable. They get along with everyone from adults and little kids to other pets as well. A Bichon Frise is great for someone who has allergies but loves dogs, as it’s shedding is typically very minimal. 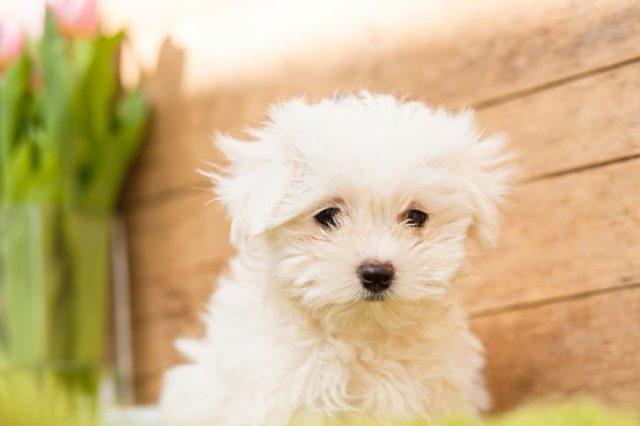 The Breed Stats: Papillons typically weigh around 5-11 pounds and stand at 8-11 inches tall.

Papillons are often referred to as butterfly dogs, thanks to their ears shaped like butterfly wings. Their tiny heads hold a large brain, and they are known to be one of the smartest breeds of dogs in the world. Papillons are also full of energy and quite active. They are self-assured and get along with other pets once they become familiar. 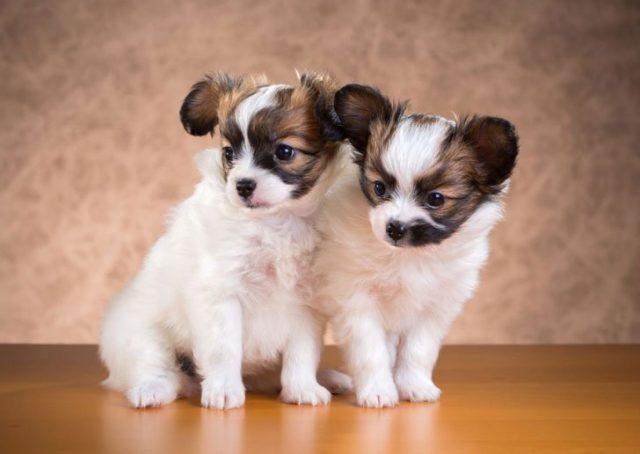 The Breed Stats: Pomeranians typically weigh around 4-8 pounds and stand at 5-11 inches tall.

Pomeranians are one of the most popular breeds of dogs in the US. They are well known for their outgoing personality, fox-like expressions, and prickly ears. Their fur may vary from a range of 23 colors, including tan, red, cream, orange, white, brown, and more. This makes them the dog breed with the most variety in fur color. Their dense coat is prone to heavy shedding, so regular grooming is necessary. 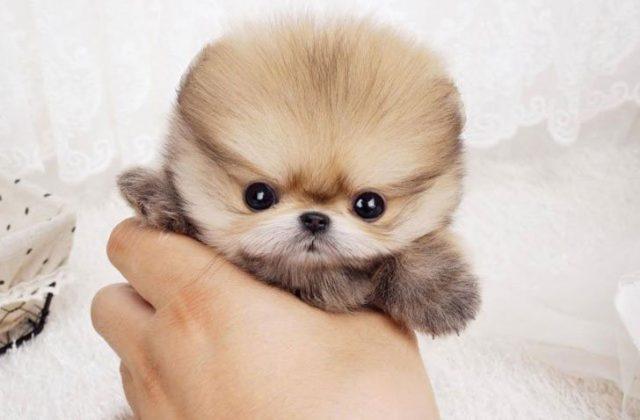 The Breed Stats: Pugs typically weigh around 14-18 pounds and stand at 12-14 inches tall.

The pug has a unique appearance, as it’s features are square-shaped, but just like all other miniature dog breeds, they are super cute! The pug is usually calm and has a quiet temperament. It has a broad skull and wrinkly muzzle, which makes it prone to wheezing. If you plan on letting this little one sleeping next to you, it might be worth it to invest in some earmuffs as well! 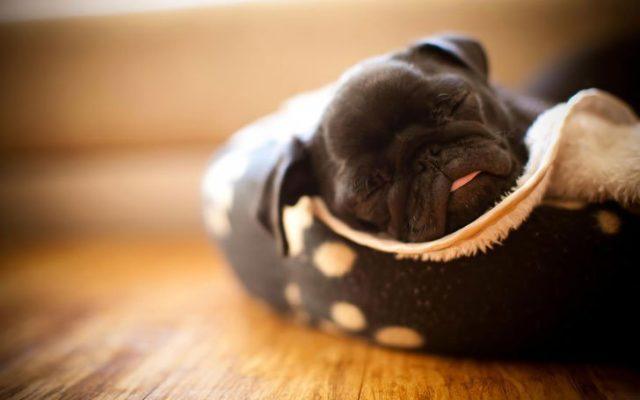 The Russian Toy is one of the smallest dogs in the world, but they don’t let that be in the way of being your number one protector. If you are ever in danger, they’ll be the first to rush to your side! They are fiercely loyal and protective of their owners, so they’ll be your friend for life. They also have uniquely-shaped, large and hairy ears. 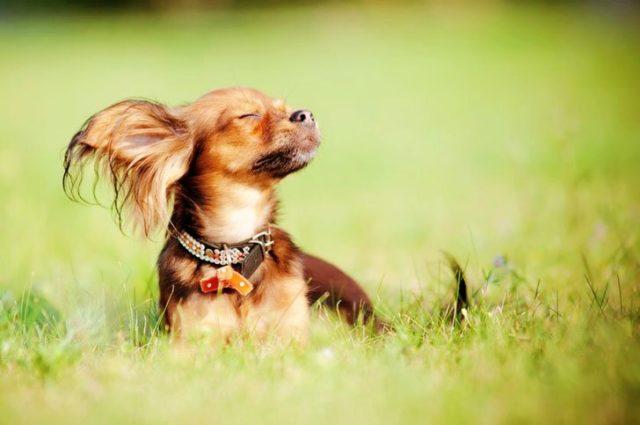 Originating from China, the Shih Tzu is one of the oldest dog breeds in the world. They are loyal, like all dogs, but are also calm and gentle. This makes them a good pet to have, but they’re not interested in being guard dogs. Their fur is similar to human hair, which means it can get pretty long, and that means regular grooming and trimming is necessary. But, given their miniature size, that shouldn’t be too hard of a task. 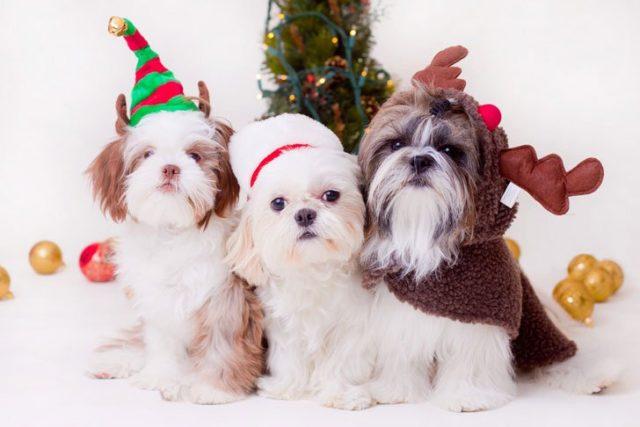 Originally bred for the purpose of hunting, Yorkshire Terriers or “Yorkies” have since become one of the most popular pets in the US. These cuties are very gentle, caring and loyal towards their families. They are a bundle of energy, and are constantly curious or excited about something. They love taking long walks, and can also be trained to become pretty effective guard dogs. 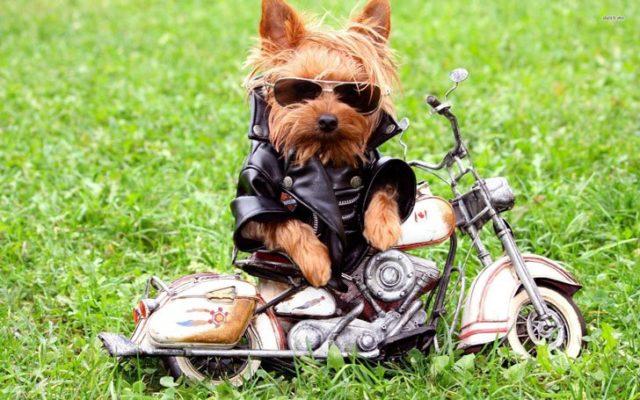 The Toy Fox Terrier is a combination of a Toy and Fox Terrier and borrows personality traits from both breeds. It gets it’s proud, feisty, and intuitive traits from the terrier. They are also very affectionate, gentle, and love to be held, just like the Toys. They have keen eyesight and sharp hearing abilities, which makes them good watchdogs. They’ll let you know if something suspicious seems to be happening with a short, fierce bark. 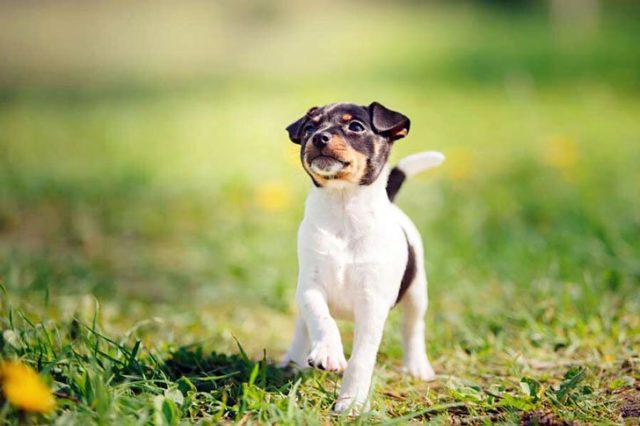 The Maltese are a toy dog that literally looks like a stuffed toy, with silky white fur covering it from head to toe. Malteses are gentle-mannered and affectionate, but they might not be suitable around really small children as they can get a little too excited at times because they are always so full of energy and playful. They don’t need much exercise, so a few short walks or even some indoor activities will be enough to satisfy them. 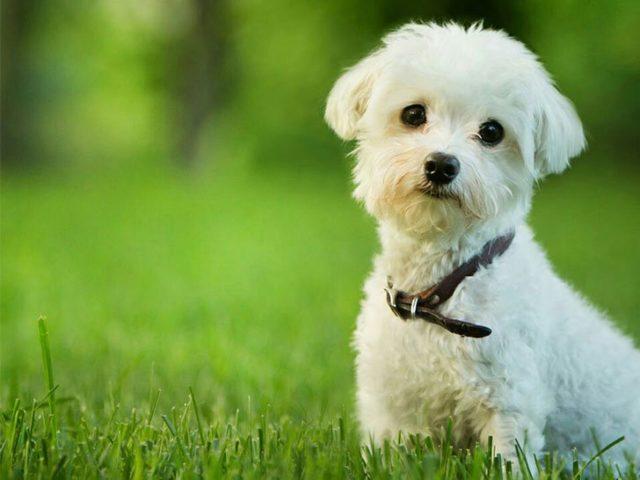 The Breed Stats: French bulldogs typically weigh around 16-28 pounds and stand at 11 inches to 1 foot tall.

The miniature version of the bulldog is the French Bulldog, first bred in England to be a companion dog. They are very intelligent and can be taught tricks easily. They are loving and affectionate, alert and playful. They also don’t bark a lot, so they are ideal pets for people who live in apartments. 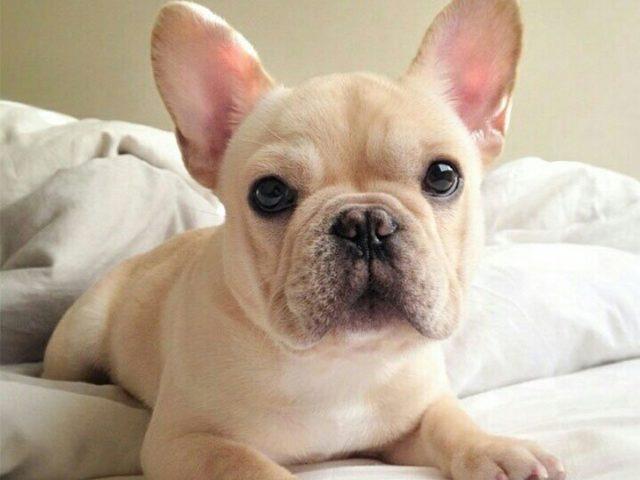 The Breed Stats: The Boston terrier dogs typically weigh around 10-25 pounds and stand at 1 foot to 1 foot and 3 inches tall.

The Boston Terrier is another descendant of the Terrier. Given their mild-mannered temperament and gentle personalities, you would never have guessed that they were originally bred to be fighting dogs! Boston terriers are playful and affectionate, making them a great family pet, you can even teach them a trick or two! They are also very loyal and become very familiar with their owner’s voice. 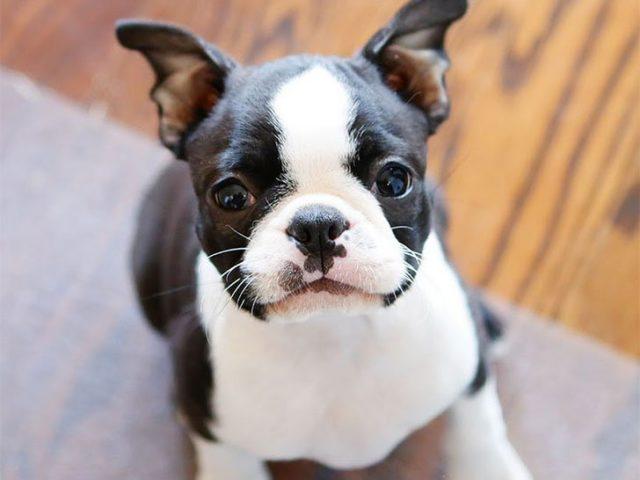 The Breed Stats: The perfect lapdog typically weigh around 5-13 pounds and stand at 8-11 inches tall.

Of all the dogs to be man’s best friend, the Japanese Chin is the one that most wishes to please. This is because they are known to mold their personalities after the people they are around. If their owner is an active, outgoing person, they will too. And the same goes with a mild-mannered owner. 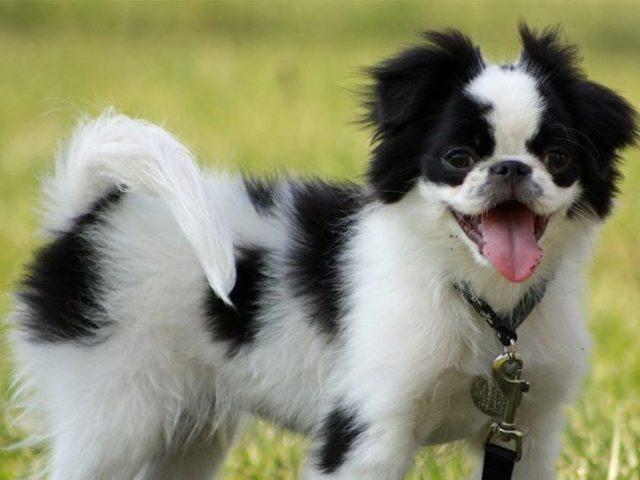 Brussels Griffons, also called just Griffons for short, were originally bred in Brussels (hence the name) as a means of hunting rodents. Today, they are a popular household pet, thanks to their extremely adorable appearance. These fluffy doggies are attentive, and curious. They also get along quite well with other pets in the family. 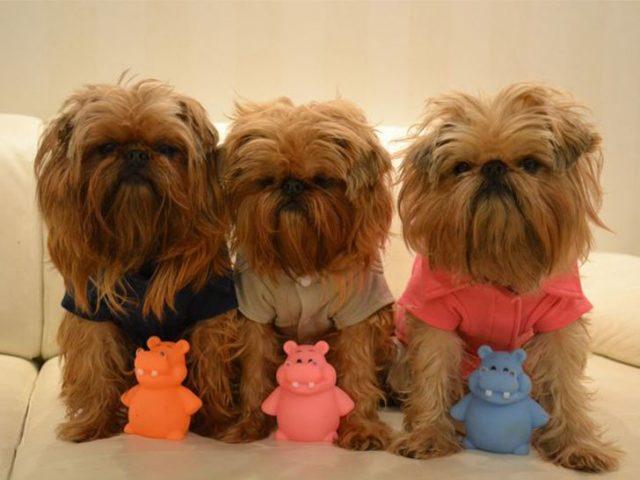